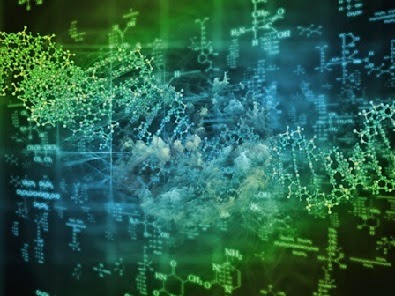 If you have followed my blog for any length of time, you are probably accustomed to me having contrarian views. Much of what I believe about nutrition, food, and health, runs counter to the advice we’ve heard from the government, the popular media, and, for the most part, even from our own professional healthcare providers. I have talked many times about my feelings on saturated fat and cholesterol, and I’ll have a few posts coming up on another misunderstood and wrongfully maligned essential nutrient—sodium.

In the meantime, there is another issue—a big, big issue—that I’d like to bring attention to, and I’m going to strike while the iron is hot. On this week’s episode of the Paleo Solution Podcast (which you can check out right here), Robb Wolf is interviewing Travis Christofferson, who wrote a book called Tripping Over the Truth: The MetabolicTheory of Cancer. I first became aware of Travis and his interest in cancer research back in 2013, when he wrote this guest post for Robb’s website. I left a comment, which spurred Travis to check out my blog, where he saw that I do book reviews. Well, he asked me to review the book several weeks ago, and you can now read my glowing review of it on Amazon.

I had intended to write an additional review tailored specifically for my blog audience, but the more I thought about it, the more I realized there is so much fascinating, educational, and potentially life-saving information to be had by digging into this material that there was no way a simple one-post book review would do it justice. So instead, this will be a multi-part series looking at a contrarian—but revolutionary and extremely promising—view on the etiology and potential treatment of cancer.

If you have not followed my work for any length of time, you might nevertheless be at least somewhat aware that, back in the 1950s and 1960s, there were two competing hypotheses about what was behind the sudden rise in heart disease in the United States. One theory held that it was caused by too much saturated fat and cholesterol in the diet, while the other theory contended that it was the result of too much refined carbohydrate in the diet. For well over half a century now, the dietary advice coming from government authorities as well as private healthcare organizations has been based on the former theory: hence, the longstanding recommendations to reduce red meat and egg consumption, swap out butter for margarines made from polyunsaturated vegetable oils, and don’t even think about touching bacon or lard without first donning a hazmat suit.

Well, just as one of two competing theories muscled out the other in regard to heart disease—whether or not the one that prevailed was actually the correct one (and, in fact, an overwhelming body of evidence suggests it was not), for nearly a century now, there have been two competing theories regarding the etiology of cancer. One of them—rightly or wrongly—has received the lion’s share of media attention, research dollars, and therapeutic targeting. This is called the Somatic Mutation Theory (SMT), and it holds that cancer is caused by mutations to DNA inside the nucleus of a cell.

The competing theory—one that was put forth nearly a century ago, but which has, until very recently, been mostly ignored by all but the most dedicated and steadfast-in-their-beliefs scientists—is called the Metabolic Origins Theory (MOT). The MOT holds that the genetic mutations seen in cancer cells are not the cause of cancer, but rather, downstream effects. I’m sure this sounds implausible to some of you, but let’s remember that this type of seemingly reversed causality is demonstrated in a number of other health issues. (I have talked about obesity being a result of several possible health conditions, rather than their cause, and I have written about the beta-amyloid plaques associated with Alzheimer’s disease being effects, rather than causes, of this type of neurodegeneration. Moreover, I have talked about the plaques potentially even being a protective mechanism, even though mainstream medicine typically sees them as causal elements. Further down the line in this series, I will return to this notion of something seemingly harmful actually being a protective mechanism as it relates specifically to cancer.)

The MOT holds that the problem lies not with the DNA inside the nucleus, but rather, with the mitochondria, organelles that float around in the cytoplasm and are the main site of ATP generation. Recall from high school biology class (or this post) that ATP is the universal energy currency for life on Earth. From plants, to mold spores, to cultured mouse cells, to human beings, all of our cells use ATP to run all the processes that keep us alive—including the replication of DNA. (We’ll come back to this.)

What I hope to accomplish with this series:

I would like to get us all thinking about why we, as a collective human race, have made so little progress in treating cancer. Like I said in my review of Travis’s book, when we put our minds to building an atomic bomb, we did it in relatively short order. When we decided we wanted to land a man on the moon, we did that in even shorter order. The U.S. is nothing if not good at creating astonishing outcomes when we put our greatest scientific minds together and give them lots and lots of money to play with. So why, over forty years after President Nixon declared “war on cancer” (1971), after billions upon billions of dollars spent, and millions of lives lost, have we barely scratched the surface of actually doing something about cancer? If the best we have to offer is a better five-year survival rate, well, that’s okay—I mean, maybe in those five years after diagnosis, someone gets to attend their child’s wedding, or see them graduate from college—but in the grand scheme, considering the amount of effort that’s gone into cancer research in the last several decades, what it really is, is a national embarrassment.

There is a problem

When the best we have to offer is the “slash, burn, poison” approach to getting rid of cancer (surgery, radiation, and chemotherapy), there’s a problem. When all the conventional go-to treatments are as damaging to healthy tissue as they are to cancerous tissue, there’s a problem.

There is a strong possibility we have been approaching the problem from the wrong angle. And if we have incorrectly assessed the problem, then it’s no wonder we haven’t found an effective solution. But that doesn’t mean a solution doesn’t exist; it just means we need to reorient our focus. We need to take the spotlight we’ve been shining on mutated chromosomes and shift it to something else. We need to have the courage, integrity, and humility, to admit that we might have been wrong, and now, as quickly as possible, start looking at this through some very different guiding principles. We need to admit that how we’ve been approaching cancer has left a great deal to be desired, and that there’s another perspective that stands a better chance of being effective.

To the extent that a scientifically literate nutritionist who is neither a biochemist nor an oncologist can be, I am familiar with some potential answers to the question above, and I would like to share them with you. If the grim statistics are to be believed, all of us and our loved ones face the possibility that we will deal with cancer personally, if we/they haven’t already. Even those among us who are the “cleanest” eaters, and the best sleepers, and who “Paleo” harder than anyone’s ever Paleo’ed before, let’s get real: cancer is out there, and 8 hours of sleep every night, cod liver oil, bone broth, and long, relaxing walks in the fresh air might not prevent it. (To be honest with you, I don’t think that’s too far off, but I’ll save my philosophizing for when we’re near the end of this series.)

Because cancer is out there, and because none of us is immune, we’d better know what we’re dealing with, and we’d better start coming up with more effective ways to combat this horrible, horrible, thing.

In order to accomplish my goal of sharing this alternate view of cancer and having it make total sense, I will need to work through a lot of information. Most of it is utterly fascinating to me, but some of my readership might find it a total snooze-fest. If you are among the latter, no sweat. Take a break for a bit and come back when I return to posting simpler things, like a forthcoming review of this book about olive oil. But I certainly hope everyone sticks around. I stand by what I said above: some of this information might be life-saving – or, at the very least, quality of life enhancing. (More on that when we get to therapies.)

Because of the nature of this information, I will necessarily be oversimplifying some of the science. My goal is to make this interesting to those already somewhat “in the know” (and maybe even present a few things that will be new to them), but even more so, to introduce these concepts to people who don’t (or can’t, for lack of a basic foundation in biology) follow along when Dr. Peter Attia writes about cancer, never mind when Dr. Thomas Seyfried does the same. I am humbled that some of my readership is fluent in biochemistry and physiology and still finds reasons to stick around here. But I’d really like to bring the others up to speed—the ones who have no idea (yet) what I mean when I say things like “electron transport chain,” or “aerobic fermentation.”

Like my digestion series, let’s consider this “Competing Cancer Theories for (not-so) Dummies.” I will, by necessity, be leaving out some detail that might be a bit intimidating for a lay readership, but I will do my best to provide enough of the good stuff so that we can have a working understanding of what’s going on and really feel like we’re learning something valuable.

So, to those of you who already know a lot about this, let me say again, I will be simplifying things. But I certainly don’t want to misrepresent anything, so please, do call me out if I say anything factually incorrect. There’s a difference between glossing over something and being flat-out wrong, and while I may sometimes be forced into the former, I’d like to avoid the latter.

What I plan to do in the next several posts:


It is not within my knowledge base to talk about the economic, political, and academic forces behind why the somatic mutation theory bullied the metabolic origins theory into obscurity. For that story, I recommend Travis’s book. All I can say is, I’m glad the MOT is experiencing a resurgence, and that there are researchers, clinicians—and nutritionists!—looking at things from this angle, and who are willing to turn the current standard operating procedure on its head in favor of something that might actually begin to turn the tide and hit cancer where it hurts.

Until next time, check out the book review and you’ll get a preview of the mind-blowing things to come.

(Continue to part two in the series: Cells Behaving Badly)

Remember: Amy Berger, M.S., NTP, is not a physician and Tuit Nutrition, LLC, is not a medical practice. The information contained on this site is not intended to diagnose, treat, cure, or prevent any medical condition.
Posted by Tuit Nutrition at 9:50 AM