Alzheimer’s, Ketones, and Kidding Ourselves (Pt.2/3) 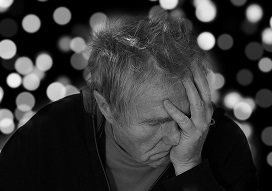 I ended the previous post by introducing the idea of using exogenous ketones for improving the signs and symptoms of Alzheimer’s, while not requiring the afflicted individual to make any dietary changes. (Recall that, according to researchers, a very low carb diet is “inconvenient” to prepare and consume.) Is there a place for exogenous ketones in AD therapy? Yes. I believe there is. It depends on the person’s age and severity of illness, but I absolutely acknowledge that exogenous ketones can improve quality of life. BUT: with the exception of some very specific cases, which I’ll mention in a bit, I cannot support them being used as the sole intervention. It’s as bad as telling a type-2 diabetic to use insulin and do nothing else to influence the way their body handles glucose, or, really, insulin, itself.

Please tell me someone out there is on the same page as me here.

Really? Do they undergo changes in food preference toward sweet, carbohydrate-rich foods after they develop Alzheimer’s disease, or are sugar addicts more likely to develop AD? Which is the chicken, and which is the Cadbury Crème Egg?

Now, here’s where things get deep.

Let me state here in no uncertain terms that, for the goal of feeding the neurons of someone whose brain is starving to death, I fully support elevating blood ketones by just about any means that prove effective—including administering exogenous ketones.

HOWEVER, it is my hunch (and, as always, it is just that—a hunch) that the combination of artificially elevated ketones AND those endogenously synthesized via a lower-carb diet and, if possible (based on patient health and mobility), exercise and intermittent fasting, would be a multi-pronged strategy for really get things improving. (And probably more effective, to boot, particularly over the long term.)

I use the following line all the time, because, frankly, I think it really hammers home the point:  In the absence of dramatic dietary and lifestyle adjustments, administering exogenous ketones is like bailing water out of a leaky boat without stopping to patch the hole -- you merely manage the symptoms while the root causes continue wreaking havoc.

Giving someone ketones from an outside source without requiring them to change at least some of the dietary and lifestyle factors that might be having a negative impact (or dare I come right out and say causal relationship) on progression of AD, is the lazy way out.

For someone who’s 90 years old, severely demented, and is not likely to suddenly give up their morning oatmeal in favor of eggs cooked in coconut oil, then yes, absolutely, let’s dose ‘em with a ketone drink and let them live their final few years with better control of their faculties.

But AD and its precursor—mild cognitive impairment—are striking people ever younger. So for someone in their late 50s or mid-60s—who might have 25-35 more years of life—if that person doesn’t want to make any changes that might stop things from getting much worse, and they’d prefer to just suck down the ketones along with their pound cake and apple juice, then fine. But mark my words: people who take ketones and don’t put effort toward correcting potentially causative and exacerbating behaviors will continue to decline. (To stick with my earlier analogy, they haven’t patched the hole; they’re just bailing.) And as they do decline, they will likely require higher and higher doses of ketones and/or more frequent dosing. (Kind of like diabetics who don’t change their diets, and end up requiring ever more insulin, at ever higher doses, and typically experience a progressive sh*tstorm of ever-escalating health consequences, since they have done exactly nothing else to change their situation.)

Let’s remember: before the synthesis of injectable insulin, diabetics had to reduce their carbohydrate consumption. It was pretty much the only way to prevent blood glucose from going sky-high. Same deal with some forms of epilepsy: before the advent of anticonvulsant drugs, a ketogenic diet was the only way to reduce seizures. (Even now, in the grand age of fancy pharmaceuticals, people with “intractable” epilepsy still have to follow a KD for seizure management.)

And before the creation of exogenous ketone preparations, there was one way to elevate ketones: dietary manipulation. (Be that via starvation, various permutations of fasting, or a very low-carb diet.)

Like I said, I think exogenous ketones do have a place in the treatment of AD, particularly for people of very advanced age or very severe disease state. BUT, the younger someone is, the more likely their bodies will be able to adapt and respond to diet & lifestyle changes. Giving high doses of ketones is like applying a tourniquet to a serious bleeding wound. Yes, you need that immediate step to manage the acute crisis. But you don’t stop with the tourniquet and do no other treatment. You get the injured person to the hospital, pronto, where they can actually fix the problem. So yes, give the ketones, WHILE YOU ALSO address the underlying issueS.

Okay. Last time, I made a distinction between a ketogenic diet (KD) and a low-carb (LC) diet. I will write more about this in a separate post soon, but for now, let’s just acknowledge that a medical intervention-type ketogenic diet, which is sometimes prescribed at a ratio of 3:1 or 4:1 (that is, 3 or 4 parts fat to 1 part combined carbohydrate and protein), might not be required to improve cognitive function in AD.

Here’s the thing: a garden-variety LC diet can be considered “ketogenic” in that the body will generate more ketones than it does on a higher carb diet, even if someone isn’t deliberately chasing super-high ketone concentrations on their blood meter. My hunch is that the double-whammy, one-two punch, if you will, for AD, would come from dietary & lifestyle changes AND the ketone esters. (And if we're talking about mild cognitive impairment, as opposed to very advanced AD, a VLC diet might not even be necessary. For some people, just going lowER carb might be enough – just enough to reduce insulin resistance, and maybe combine that with better sleep, more physical activity, daylight, time outdoors, stress reduction, etc.)

‘Cuz here’s the other thing I’ve been thinking about:

It’s not just the ketone levels in the blood. It’s what the body is DOING with them.

See, blood ketone levels of 1.0 or 1.5mM might be considered “low” if you’re specifically looking to get that level up in the 3-5mM neighborhood. But 1.0 or 1.5mM is still ten times the “normal” level of someone consuming a diet of “balanced” macronutrients. And maybe some people do require levels of 3-5mM, but I suspect others will do just fine at 1.0-1.5mM. And I suspect that people who do just fine at these levels would be the ones who have adjusted their diets and lifestyles such that their bodies have ramped up the enzymatic and biochemical mechanisms to USE the ketones.

When we hear talk of “keto-adaptation,” it’s usually in discussions about athletic performance, but it also applies to everyday folks not doing Ironman triathlons and Tough-Mudder-Spartan-Century-cycle-athlons. And if it takes a few weeks for young, healthy, physically active people to fuel themselves adequately with ketones, what does that say about middle-aged and elderly people, who might have the added challenges of metabolic syndrome, sarcopenia, decreased liver function, limited mobility, etc.? Why would we automatically assume these people can make fabulously efficient use of a large dose of exogenous ketones, when they’ve done nothing to ramp up those pathways?

The studies to date on the use of exogenous ketones show that they are, in fact, effective for improving cognition, but how much more effective might they be in combination with a low-carb diet, intermittent fasting, exercise, more sleep, and all the other factors that might get those pathways firing on all cylinders and help ameliorate insulin resistance—which is one of the primary drivers of AD?

I just think that when we depend on outside ketones—or, really, even when someone’s on a LC diet—if we focus obsessively on the blood ketone levels, we take our focus off the actual problem:  impaired cognitive function. I worry that caregivers will chase numbers in a potentially misguided attempt to get ketones as high as possible. (Within healthy physiological parameters, of course. Please know that when I say “as high as possible,” I am not referring diabetic ketoacidosis-type levels.)

The guiding factor should not necessarily be high levels of β-OHB, but rather, how the AD patient functions. For epilepsy, for cancer, and for a few other conditions, ketone and blood glucose levels might matter more than they do for AD. You don’t need a blood or breath ketone meter to tell you your loved one’s memory is working better, or that they’re more like their “old self” when interacting with people, and they haven’t had any [or have had fewer] uncharacteristic behavioral outbursts. Numbers are a GUIDE. Higher might not necessarily mean better. It might. But we don’t know for sure. Again, the question isn’t how high the ketones are, but how well the person is using them.


So, measuring blood levels of β-OHB really only gives us a surrogate indicator. The levels of B-OHB in someone's blood tells us nothing about how effectively someone's cells are actually using those ketones.


Remember: Amy Berger, M.S., NTP, is not a physician and Tuit Nutrition, LLC, is not a medical practice. The information contained on this site is not intended to diagnose, treat, cure, or prevent any medical condition.
Posted by Tuit Nutrition at 7:05 AM