Alzheimer’s, Ketones, and Kidding Ourselves (Pt.1/3) 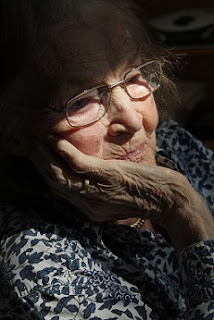 You find yourself walking from one room into another and can’t remember why. And it’s been happening more often.

You’ve been misplacing things. Your phone, your keys, your wallet or purse. And it’s been happening more often.

You’ve been forgetting about important appointments, and that’s happening more often, too.

But this isn’t a big deal, right? You’re just getting older. This is normal. “Senior moments.” Happens to everyone.

But what if things are a little worse than that?

What if you’re out running errands and forget how to get back home?

What if you go for a walk by yourself and get lost in your own neighborhood?

What if you set something on the stove to cook, then wander away for a few minutes, and the only reason you remember you had something cooking is because the smoke alarm goes off and acrid smoke fills the house?

What if you start asking people the same simple question—one they’ve already answered—over and over—and over again?

You are literally losing your mind.

Maybe it’s gotten so bad you’ve had to stop working.

But what if I told you I could fix things for you?

What if I told you I have something that can help your brain work better, and if you take it, you don't have to change a single thing in your life. You can continue to engage in the exact same behaviors that might have brought you to this horrible point in the first place.

Wouldn't that be great? All you have to do is take this special thing I have for you, and you don't have to change anything about what you eat or how you live.

Who wouldn’t jump at this opportunity? You can take this “thing,” and not have to accept any responsibility whatsoever for having arrived at the state you’re in.

Believe it or not, this is not too far from the direction some Alzheimer’s disease researchers are steering their ships. Case in point:

Before we get into the study, I want to state here that I am a huge fan of the authors of this paper. They have contributed beyond measure to my understanding of Alzheimer’s pathology & progression, and the potential therapeutic use of ketones for this condition. The work of Dr. Veech, Dr. VanItallie, and Dr. Kashiwaya, in particular, was fundamental to my writing The Alzheimer’s Antidote, and their research continues to inform and enrich my expanding knowledge on this subject. (Bottom line: these people are AWESOME, and my thoughts on this particular paper should in no way be taken as me expressing anything less than my utmost respect and appreciation for their overall body of work.)

That being said, you can guess that I probably wouldn’t be writing a 3-part blog post about this paper if I didn’t have a bone to pick with it. (And not some wimpy bone, like a metatarsal, but a big one, like a femur.)


This paper is a “case study,” meaning, they had one subject, did some stuff to him, and reported on the outcome. The subject in this case was Dr. Newport’s husband, a 63-year-old man who began experiencing progressive memory loss and other signs of early onset AD at the age of 51. According to the study, “The condition inexorably worsened and, during 2006, he had to give up his job and stop driving. By then, he was displaying characteristic features of AD, including increasingly severe memory loss, poor concentration and organization, misplacing important items, inability to carry out activities of daily living, and inability to spell and read.”

As you can see, Mr. Newport was in bad shape.

Knowing that Alzheimer’s disease is not known to have any effective prevention or treatment strategies, Dr. Newport went to the medical literature. Being a physician (neonatology specialist), she was well equipped to make at least some sense of it and see if there was something—anything at all—that might help her husband, whose cognitive capacity was deteriorating rapidly.

Lo and behold, Dr. Newport stumbled upon the use of ketones as “brain food.” She started small. Very small. In a podcast interview with Jimmy Moore a few years back, she shared that she had added a little coconut oil to his morning oatmeal. There wasn’t much of a change in his functioning (shocker), so she added a little more, and a little more. And eventually, there were noticeable improvements in his cognition. Yes!

I’m not sure if Dr. Newport was familiar with the ketone-elevating effects of low-carb diets at that time, but, based on the content of this most recent paper, she certainly is now. All of the authors of this paper are. Note that I am deliberately using the term “low-carb,” rather than “ketogenic.” There is a reason for this, which I’ll get to later. (Plus, at some point, a separate blog post dedicated to this distinction, unrelated to Alzheimer’s.)

A look at the study:

With the goal of feeding Mr. Newport’s starving neurons, they gave him increasing doses of a ketone monoester (KME). I have zero personal experience with exogenous ketones, so I might not have all of this exactly right, but here goes anyway. Basically, there are now ketone esters and ketone salts and various ketone “preparations” that people can take via food or beverage, which will temporarily elevate their serum beta-hydroxybutyrate (β-OHB) levels. (For any newbies who happen to be reading this, β-OHB is the ketone measured in blood; acetoacetate is the one the urine test strips measure, and the breath meter measures acetone.) Notice I said temporarily. When ketones are coming from an outside source, it is only logical that when they are used up, any beneficial effects they might impart will fade as ketone levels return to normal. (“Normal” being the extremely low levels they’re typically produced at in people consuming a substantial amount of carbohydrate.)

The KME was delivered in a beverage. As stated in the paper, “KME was always taken mixed with soda-flavored syrups [25% syrup, 25% KME, and 50% water] to help mask its disagreeable taste.” It is not specified whether the 25% soda syrup was sugar-free, or made with sugar or HFCS.

While taking the KME, Mr. Newport was still doing his multiple doses of coconut oil throughout the day (as he had already been doing for a few years), and otherwise sticking to his typical diet: “Throughout KME treatment, the patient remained on his usual diet and also continued to take the MCTG/CO mixture.” (By this time, Dr. Newport had switched her husband to a mixture of medium-chain triglycerides [MCTG] and coconut oil [CO].)

Long story short, regardless of the CHO content of the beverage in which the KME was delivered, Mr. Newport had marked improvement in his cognitive function, as demonstrated via “mood, affect, self-care, and cognitive and daily activity performance.” Both he and Dr. Newport observed these improvements, and I want to stress that these improvements were significant to a real person in the real world, as opposed to “statistical significance,” which often means nothing. Due to seriously impaired cognitive function and an inability to operate independently in the world at large, this man had been forced to abandon his professional accounting practice, and was rendered a shadow of his former self.

Here were the results upon regular administration of the KME:

“During the first two KME days, the patient received 21.5 g thrice daily. Thirty minutes of video taken between 2 and 3 hours after the first dose of KME demonstrate a marked improvement in mood and the ability to recite and write out the complete alphabet, which he had been unable to do for many months. The next morning, he spontaneously chose clothes and dressed himself—also a new development. On the third day of KME treatment, the amount administered was increased to three 28.7 g servings/d. After serving-size increase, he began to initiate and complete many other activities without prompting or assistance.

These included showering, shaving, brushing teeth, finding his way around the house, choosing and ordering food from a menu, and distributing utensils from the dishwasher. These activities had not been observed for months before KME was started. Abstract thinking, insight, and a subtle sense of humor returned to his conversation. In his own assessment of his response to KME, he stated that he felt “good,” had “more energy,” and was “happier.” He also found it “easier to do things”—which coincided with the caregiver's observations.”

Obviously, the KME was having an undeniable and beneficial effect. In fact, the exogenous ketones sound damn near magical. Upon testing Mr. Newport’s ketones, the following were confirmed:

There is no doubt that giving someone exogenous ketones can, and usually does, elevate blood ketones. And higher blood ketones usually correlate with better performance on standard-type tests of cognition routinely used to measure the progression of Alzheimer’s, as well as the subjective observations of patients and their caregivers. Many studies in the AD literature have shown this. I am not contesting that this happens, nor that it is a very good thing. It does, and it is.

According to the authors, here are some other benefits of using the ketone monoester and other exogenous ketones:

“…compared with the inconvenience of preparing and consuming a KD, KME ingestion is a safe and simple method for temporarily elevating the plasma KB level…”

“KME-induced hyperketonemia is robust, convenient, and safe, and the ester can be taken regularly as a food supplement without a need to change the habitual diet.”

Anyone wanna guess where I’m headed with this?

Is it just me, or does this “carb up and ketone up” strike anyone else as problematic, along the lines of the American Diabetes Association’s tacit advice to “carb up and shoot up” (with insulin)? Keep starting your day with pancakes and orange juice, keep driving to the store that’s only a quarter mile away, and keep circling the parking lot until you find the very closest spot to the door so you don’t have to walk more than a few feet.

This is why I opened this post the way I did: don’t change anything about your diet or your life. Just take the ketones. Never mind that diet-and-lifestyle-induced metabolic and physiologic compromises are likely to have played at least some causal role in the cognitive decline you are experiencing. Just go ahead and keep consuming that same diet and engaging in those same lifestyle practices.

Remember: Amy Berger, M.S., NTP, is not a physician and Tuit Nutrition, LLC, is not a medical practice. The information contained on this site is not intended to diagnose, treat, cure, or prevent any medical condition.
Posted by Tuit Nutrition at 11:14 PM