Metabolic Theory of Cancer: Mitochondrial Dysfunction 2 - They ARE Broken 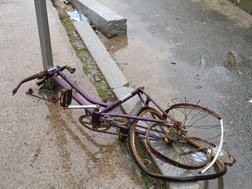 Class is back in session!

We have covered several hallmarks that make cancer cells different from healthy cells. I’ve been saying there are a few more we’ve been holding off on discussing until we laid a bunch of critical groundwork about cellular energy generation. Well, I'm happy to report that we have emerged from the biochemical weeds, and now, we’re ready to start addressing the first of those remaining hallmarks.

I have been emphasizing all along that mitochondrial dysfunction is at the heart of the metabolic theory of cancer. Understanding the implications of this is so fundamental to our grasp of cancer as a metabolic disease that we have dedicated a couple of (very long) posts to exploring the structure and function of mitochondria. This was essential groundwork to lay, since we can’t understand what might happen when mitochondria malfunction if we don’t know how things are supposed to work when they’re healthy and everything’s groovy.

The rest of the series will focus on the ramifications of broken mitochondria. Most of the hallmarks of cancer cells make perfect sense as the logical results of mitochondria that are incapable of generating sufficient energy (ATP). But there’s a big, gaping hole in things so far. We haven’t actually established that mitochondria are malfunctioning in cancer cells. I’ve been saying so for a while, but what if I’m making that up? What if I’m just saying any old thing that makes sense because I want you to believe the rest of what I’m going to say? (“These aren’t the droids you’re looking for…”)

So today, let the official record show that mitochondria are abnormal in cancer cells.

But before we get started, if you’ve just stumbled onto things here, you’ll want to fill yourself in on what we’ve covered so far:

Cancer cells have mitochondria that are dysfunctional, reduced in number, or both.

But who am I to tell you this? In all the posts so far, I have tried to include explanations and graphics to support my claims with scientific facts. And make no mistake: in cancer cells, mitochondria are compromised. But don’t just take my word for it. Today, let’s turn things over to the experts. Let’s see what the people who work in the labs—the people who look at the microscope slides, the petri dishes, and the PET scans—have to say about the mitochondria of cancer cells.

The following quotes are all from Cancer as a metabolic disease: implications for novel therapeutics. (Except where noted.) The lead author, Thomas Seyfried, PhD, is one of the researchers spearheading work involving the metabolic theory of cancer. (There are many other scientists, doctors, dietitians, and nutritionists involved, but if you start digging into this stuff, you will see Seyfried’s name pop up a lot. One of the other authors is Dominic D’Agostino, PhD, who is also heavily involved in cancer research and developing new therapies. We will be seeing a lot more from these gentlemen [and more...especially Dr. Peter Pedersen] in upcoming posts, especially when we get to treatment strategies.)

(Note: “respiratory capacity” is referring to cellular respiration, a.k.a. oxidative phosphorylation [OxPhos] – the generation of APT, using oxygen, inside the mitochondria.)

English translation:  Mitochondria from cancer cells are messed up. (To use the precise biochemical term.) They have weird shapes, and the proteins and fats that make up their structure don’t look or act the way they’re supposed to. Remember how I yammered on about the membranes? And structure/function?  T’was not all for naught. I promised you, there was a method to my madness, and now you start getting to see what it was. Here’s more along the same lines:

Yep. Remember how we looked at the inner mitochondrial membrane, and said it was folded up into cristae to increase the surface area in which to cram lots and lots of ATP synthase? Well, mitochondria in cancer cells don’t have normal cristae.

I have been hinting at that last part all along, and we’ll go into more detail next time.

Now THAT is saying something!

Okay. Now that we’ve heard directly from the researchers who are eyeball-deep in this stuff, I think it’s safe to say that mitochondrial structure, function, and number are abnormal to some degree in cancer cells. Moreover, according to these experts, the degree of malignancy is directly correlated with the degree of mitochondrial dysfunction and/or insufficiency. (Note that I didn’t say [yet] that the mitochondrial abnormalities are causative, only that they’re correlated. But really, you know where this is going by now, don’t you? I think we can all agree that we’re going to make that leap. But if you’re still on the fence, the next few posts will probably convince you.)

I hope you can see now why it was important for us to learn about the nitty gritty of cellular energy generation and mitochondrial function. To be honest, I guess I could have started the series with this post, said the mitochondria are messed up, and moved right along. But actually, the details are going to matter much more in the next few posts, when we’ll look at the consequences of these mitochondrial abnormalities. We will absolutely need that working knowledge of glycolysis, oxidative phosphorylation/cellular respiration, and fermentation.

Ah, yes. The next two metabolic hallmarks of cancer cells...

*Continue to the next post: Glycolysis Run Amok & Mutant Hexokinase

Remember: Amy Berger, M.S., NTP, is not a physician and Tuit Nutrition, LLC, is not a medical practice. The information contained on this site is not intended to diagnose, treat, cure, or prevent any medical condition.
Posted by Tuit Nutrition at 7:26 AM