Remember a few months ago, when I announced to the world (or, rather, the teeny tiny portion of it that reads this blog) that I felt like a fraud because my dietary off-roading was becoming the rule, rather than the exception? Well, I’m happy to report that I’m doing much better these days—and more than that—I feel fantastic.

Perhaps it’s in poor taste for me to talk about how good I feel and how well things are going, considering the recent passing of my mother. But if anything, I am now more determined than ever to start enjoying my life, and that wasn’t really a promising proposition until I made some of the changes I’ll talk about in the next few posts. Having more experience than I care to admit with feeling bad about myself, I know that having a positive outlook and feeling like the glass is half full is not as easy as just “faking it ‘til you make it.” When you’re stuck in a gloomy, gray box—self-imposed though it may be—it can be darn near impossible to find the lid and climb out. You can’t fake it. I know. I tried. For years. While you are capable of acknowledging that you have things to be grateful for, and that, in many ways, you have a pretty easy, charmed life, your spirit’s response is, “So what?” It doesn’t matter if the glass is half-full when you’re not even thirsty. Recognizing that you are blessed doesn’t always translate into actually feeling good about anything.

Sometimes we need a little help there. And there’s nothing wrong with that. I only regret that it took me so long to find the combination of things that is working so well right now. Will it continue to work in the long-term? I don’t know. But I’m thrilled with things at the moment, and if a time comes when I’m feeling not-so-thrilled, I’ll reassess and retool.

So what’s going on?

I’m eating differently, I’m exercising differently, and I’m supplementing differently, all of which are contributing to the reawakening I’ve been experiencing—physically, and even more so, psychologically/emotionally. None of the changes I’ve made is dramatic. It’s not like I’ve switched from veganism to a Weston Price-type diet, or gone from couch potato to Ironman triathlete. Just a few tweaks and turns here and there, which goes to show how effective those little changes can be when you trial-and-error your way into the combination of diet and lifestyle factors that suits you best.

I am a bit reluctant to write about this and share it with the world. My natural inclination is to think, who cares about what I eat, how I exercise, and what I supplement with? But the consensus seems to be that it is something people might be interested in. (The “consensus” having been arrived at by the two people I consulted. So add in me, and three is enough to make a consensus, no?)

Nevertheless, despite the consensus, a little voice inside me is still saying, “Why would anyone want to read about this?” I'm not Robb Wolf, after all, about whose diet and exercise routine thousands of people want to read. But a bigger voice inside me is saying that maybe someone will find something useful here. Maybe they’ll play around with macronutrients, meal timing, moving a little differently, or introducing some new supplements. And if someone benefits from something they try because I planted the seed in their mind, I’m all for that. That’s pretty much the entire reason I became a nutritionist and write this blog. So I sincerely hope you’ll find some good stuff here.

That being said, please keep in mind the most important thing of all: this is unique to me. I have played around with a lot of things, done a lot of experimenting, and what I have arrived at is working well for me. I guarantee no results for you. You know what they say: your mileage may vary. (In fact, I pretty much guarantee it will vary, at least a little.)

So here’s the deal.

I am not a naturally slender person. (Or thin, lean, or whatever adjective you prefer.) I have “thrifty genes” to the max—my body looooves storing fat. Especially as a result of overconsumption of carbohydrates, whether those carbs come from beans and potatoes, or from cookies and Kit-Kats. Losing weight was a lifelong struggle until I stumbled upon the world of low-carb, and after that, the struggle was more about maintaining that loss.

Well, I can now say that I weigh less than I did in high school. (Despite running 5 miles a day and eating cereal with skim milk, and whole grain bagels with “lite” margarine back then. Go figure.)  In fact, I weigh less than I did after starving myself down to the “maximum acceptable weight” for my height prior to enlisting in the U.S. Air Force. (They have since relaxed the weight standards a bit, but back in 2003, when I enlisted, the max weight for my 5’2” frame was 141. And yes, I starved myself down to that from about 158, because my low-fat diet and tons of cardio exercise were getting my weight nowhere. Knowing what I know now about how this all works, as you-know-who would say, “Shocker.”) And I am most definitely not starving myself anymore. (Details in an upcoming post, about what I’m eating these days.) I am now maintaining the lowest body weight I can recall of my adult life—minus the starvation, minus the marathon training, minus the drill instructors, and minus the low-fat frankenfoods. Also, depending on your point of view, my current weight could seem just right for my height, possibly a bit low, or maybe you're thinking I still have some room to cut down. All I can say is, for me, I am pretty damn content right here. In fact, I'd be okay with that number going up, if it was because of increased muscle. And speaking of that...

Is it possible I’ve become “skinny fat” and have a lower body weight because I’ve lost muscle mass rather than body fat? Sure, it’s possible, but that doesn’t seem to be the case. My strength is pretty good in the gym. I can do a couple of unassisted (and non-kipping) pull-ups, which I think is pretty good…for a girl. (Hehheh. I have been working toward those for a looong time and am not ashamed to say I am proud.) And my clothes are loose on me, which suggests that most of what I’ve lost is likely fat. (Or, at least, if I have lost a little muscle mass, it’s less than the fat I’ve lost.) Plus, I’ve been lifting and moving more in general, so I suspect muscle has been retained fairly well.

And here’s the kicker: I’ve lost this fat and have been feeling pretty amazing without really trying. It’s not that I’m doing nothing—certainly there’s effort involved in buying and preparing most of my own food, dedicating time for physical movement, and being diligent about my supplements. But I’m not performing superhuman feats of cooking, working out, or dietary micromanagement. I track nothing. I measure and portion out nothing. I just eat. I’m a huge fan of Mark Sisson’s philosophy of getting the biggest results with the least amount of sacrifice, discipline, deprivation, and asceticism. I have said this all along, and I’m living proof that you can move in a positive direction by following my own rule: no math at the table!

I acknowledge that weighing, measuring, and tracking one’s food can be a useful tool in the short-term, to establish a baseline for where someone’s starting from. (And food logs can be quite eye-opening: maybe you’re skimping on protein, or you thought you were low-carb, but your food journal says otherwise.) But overall, I think the micromanaging does more harm than good. If you enjoy measuring and logging every morsel you eat, be my guest. But if you have that much free time on your hands, feel free to email me privately; there are a ton of good books and movies I can recommend for you. ;-)  When I see people with entire notebooks filled with every bit of food they’ve eaten in the last six months—or years!—I kind of just want to give them a hug, pat them on the head, and invite them over to the other side of the fence, where the normal people are.

Okay, so, long story short, I’m eating better, I’m looking better (or so I think), and most important by far, I’m feeling better.

There are three aspects to me feeling so much better these days: diet, movement, and supplements. And instead of making this one of my usual novel-length posts, I’ve broken the tale up into three parts and will address each one separately over the next several days. I’ll start with supplements, since I think that’s made the biggest difference in what’s going on in my head, which was my primary concern. See, while I’m pretty thrilled about my shape/physique right now, I am far happier to have arrived at a place where my mind finally seems to be firing on all cylinders. (Not my cognitive functioning [memory, learning, information processing]—that’s always been fine. I’m referring more to my outlook and my perspective on the world—and especially on my own life.) Optimism and glass-half-fullness are new to me. It’s a little strange; they’re like breaking in a pair of minimalist shoes, because they’re so different from what I’m accustomed to. It’s taking some getting used to, but damn, feeling positive is so much better than the storm cloud of negativity I’d been living under for far too long. 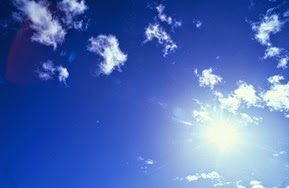 If you are living under one right now, don't give up. Stay with me. Come along for the next few posts and see if anything speaks to you and maybe sparks you to try something different. I've always loved stormy skies (real ones, not the metaphorical one I just referred to), but I can promise you that when the storm breaks, the bright blue sky it was obscuring is pretty damn beautiful.

Remember: Amy Berger, M.S., NTP, is not a physician and Tuit Nutrition, LLC, is not a medical practice. The information contained on this site is not intended to diagnose, treat, cure, or prevent any medical condition.
Posted by Tuit Nutrition at 9:21 AM