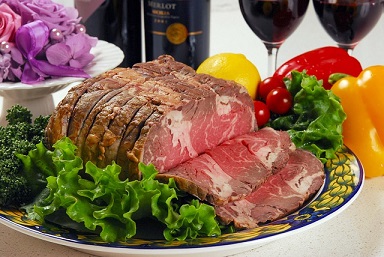 You know the phrase, folks:  Everything old is new again.

Dr. Robert Atkins was practically driven out of professional medicine by an angry mob wielding knives and pitchforks. How dare he suggest that obese people might have success in losing weight by reducing the amount of carbohydrate they consume? And worse—far worse!—how dare he tell people it was okay to eat butter, cheese, and red meat? Sure, people could lose weight by cutting back on starch, but didn’t Atkins know that the high-fat foods he recommended (especially the ones from—gasp!—animals!) would clog people’s arteries? (Um, no, he did not know that, because it’s not true. Also, by the way, Dr. Atkins was a cardiologist, so one would assume he would not have put thousands of his patients on a diet that could have had him indicted for malpractice, but I digress.)

From the publishing of Dr. Atkins’ first diet book in 1972, through its newer editions during the 1990s, it seemed like the more people that were successful on the Atkins diet, the louder, more strident, and more vitriolic the backlash became.

Well, in case you haven’t noticed, we are smack-dab in the middle of another round of low carb hatred. I suspect it’s due to the wild popularity not just of the low-carb approach, but also to the exponential increase in interest in Paleo, Primal, and low-allergen diets. (None of these is low carb by definition, but they tend to be significantly lowER in carbs than the standard American diet.) Moreover, even mainstream nutrition and medical organizations have basically rescinded the last 3-4 decades’ worth of recommendations to avoid every single molecule of saturated fat, sodium, and cholesterol.

The powers that be can see the writing on the wall, and they do not like it.

For every book, article, and essay telling us how wrong the last few decades of dietary advice have been, (others here, here, and here), there’s a rebuttal from the other side, insisting that plant-based plant-only diets are the last great hope and salvation not only of the entire planet and all the ecosystems contained therein, but also of the waistline and heart health of every single individual on Earth.

We could speculate about the reasons for the backlash. The economic argument is the one that gets the most attention:  the sugar, grain, and soy lobbies are not happy that people are catching on to the idea that they might drop a couple of pounds (and, quite possibly, much of their medication) by cutting out wheat and sugar. In fact, with the federal government fixed to support surplus production of corn, wheat, and soy, it might actually be a bit of an economic disaster if the population abandoned these foods en masse, overnight. Take a walk through the center aisles of a supermarket sometime when you have a few extra minutes. You will find very few items that don’t contain wheat, corn, sugar, and/or soy in some form or another. (Not even canned tuna, dry-roasted peanuts, or barbecue sauce, for cryin’ out loud!)

A nationwide eschewing of sugar, grains, and soy could mean financial ruin for some pretty big companies, as well as many of us, individually, at least in the short term. (As much as we rail against crappy processed foods, the fact is, many of our 401(k)s, IRAs, and other retirement savings and investment vehicles depend on the companies that produce those food-like substances to do very well, financially. It’s twisted, but this is how the system works. So we don’t necessarily want General Mills and Kellogg’s to go bankrupt; we just want them to start producing grass-fed beef and pastured pork, instead of dark chocolate Cheerios and Special K with fruit & yogurt. Surely that’s not too much to ask, right? Hehheh.)

BUT: I have a different theory.

What do I think is behind the current backlash?

The people insisting that we all need to follow plant-based plant-ONLY diets—not just for our health, but for the future of the planet—are arguing against indulgence.

See, low carb is the anti-diet. You’re not supposed to be able to lose weight—never mind be healthy—by consuming rich, fatty foods. Fat-free rice cakes, steamed brown rice, and dry, high-fiber bran crackers, yes. The more, the merrier. But a rare steak, juices running pink, with a nice cap of fat attached? That is downright sinful.

America is a very puritanical and prudish nation. We don’t like to acknowledge this, but it’s true. With more states legalizing same-sex marriage, medical (and recreational) marijuana, and—gasp!—raw milk, we are making great strides in that whole “life, liberty and the pursuit of happiness” thing we claim our nation was founded upon. Nevertheless, compared to some other parts of the world, we remain mired in a backward, self-immolating, abstemious culture that frowns upon anything that hints of pleasure, enjoyment, self-serving, and hedonism.

The backlash against low carb is much more strident and vocal in prudish, conservative America than it is in Europe, where rich, “indulgent” gastronomic delights—such as Serrano ham, chorizo, Manchego cheese, pâté, triple cream brie, and fatty lamb—never fell out of favor in Spain, France, and Greece. (And let’s not forget Sweden, which, as a nation, has embraced the LCHF approach.)

I think people who insist that plant-based plant-ONLY diets are best, across the board, are just disgusted by the thought of anyone biting into a roasted pork or beef rib and having shiny, succulent grease on their lips. We are not supposed to delight in pleasures of the flesh—be they culinary or sexual. American history is rife with attacks on animal foods and human sexuality. There is a large contingent among us that seems absolutely repulsed by the thought of someone else having a delightful sensory experience, be it accomplished via food, drink, chemical substance, or the body of another human being. (Or his/her own body! Egads! The only thing more sinful than sex with someone else is sex with yourself! Or with someone of the same gender! Quick, get me to a setee and break out the smelling salts!) Never mind about the underpants rule and nobody being the boss of anyone else.

If you get pleasure from running 10 miles a day, grinding your hips, ankles, knees, and spinal column into oblivion, and getting upper respiratory tract infections multiple times a year, that’s just fine by the prudes. You are a “good person,” pious, because your high is achieved via discipline, sacrifice, and suffering. But if you derive pleasure from eating half a pint of premium ice cream while lounging on the couch watching a Quantum Leap marathon, you are a bad, immoral person and Satan is coming for you.

I think this ties in with the plant-based plant-ONLY philosophy that seems to equate abstention from animal foods with some kind of moral superiority and spiritual enlightenment. I wrote in my Alzheimer’s book that people who engage in fasting for religious or spiritual purposes often report feelings of extreme clear-headedness and physical and emotional well-being. Some even feel a sense of “euphoria.” They usually attribute this to reaching a higher spiritual plane or some such, but the truth is much more down-to-earth than that: it’s the ketones, idiots. I suspect that some plant-only eaters are in a perpetual state of mild ketosis as a result of severe caloric deprivation. Even if they’re consuming carbohydrates, some people’s total caloric load on a plant-only diet—particularly a raw plant-only diet—might be low enough to keep them in mild ketosis. (Assuming they’re not consuming many starchy vegetables or sugary v*gan crap. Little do these people know they’re actually eating a very high fat diet – by way of catabolizing their own adipose tissue, of course.)

The backlash against indulging in rich, fatty foods of animal origin applies even more strongly to women than it does to men. People cannot stomach the thought of a woman—a dainty, delicate, “fairer-sex” woman—biting into a rare steak, or a roasted chicken leg—with the crispy skin! Never mind that most of us aren’t dainty or delicate (and might even find it insulting if you hinted that we were). Women are supposed to thrive on—and enjoy!— celery sticks with low-fat cream cheese, rice cakes, and fat-free yogurt (artificially flavored to taste like Boston crème pie, which is what they really want).

Many of the women reading this might have even played into this stereotype in the past, before adopting a low-carb, Paleo, Primal, or WAPF diet. Maybe years ago, on a first date, you didn’t want to look like a glutton, so you ordered what was “expected” of you – a salad. Maybe you were feeling especially bold, so you asked for grilled chicken or a portion of salmon to be added on top—but no bigger than a deck of cards; you know the rule, ladies! And you choked down that salad so you didn’t give your date the impression that—gasp!—you are an adult human being, with the appetite and nutritional needs of such. And man, that salad sucked, because what you really wanted was a burger, preferably with bacon and cheese on it, so juicy that drippings run down your chin when you bite into it.

This is what I think the latest round of low carb bashing is really about.

Never mind that low carb diets aren’t limited to bacon, prime rib, and buerre blanc. I eat far more vegetables as a low-carber than I ever ate when my diet contained bread, pasta, rice, corn, beans, pretzels, cereal, and granola bars. After all, when you take those things out, something’s got to fill the gaps, and they’re probably not all going to be filled by salami and pork rinds. Enter spinach, zucchini, eggplant, broccoli, cabbage, peppers, and more.

That being said, if low-carb is the anti-diet, then I love being the anti-(stereotypical) woman. I have written before about my sordid emotional history with food and dieting, and damn, am I glad to have found a way of eating that works for me, keeps me healthy, gives me energy, and LETS ME EAT FOOD! I am so not the salad girl anymore! And if you are intimidated or turned off by a woman who likes her steak fatty and damn near still mooing, you are not the man for me.

And, tying back to the sex thing—‘cuz hey, it’s Friday, and I like to have fun with these posts—it’s especially interesting that women would be more apt to swear off animal foods in an effort to be “clean and pure,” when healthy reproductive function is more likely to be compromised by long-term plant-only diets that contain practically no cholesterol, B12, or DHA, and very little bioavailable iron, zinc, and vitamin A. For all the “oops” conceptions that have happened when people switch to Paleo, Primal, or lower-carb diets, The Paleo Solution, Practical Paleo, The Primal Blueprint, and Protein Power should probably come packaged with condoms. (Or at least with warnings!)

P.S. Here are a couple of nice rebuttals to the backlash:

P.P.S. To quote a dear friend, regarding his opinion on salad: “I didn’t evolve my way to the top of the food chain to eat rabbit food.” (This friend is a regular reader of the blog, so if you see this, hi, M!)

Remember: Amy Berger, M.S., NTP, is not a physician and Tuit Nutrition, LLC, is not a medical practice. The information contained on this site is not intended to diagnose, treat, cure, or prevent any medical condition.
Posted by Tuit Nutrition at 7:11 AM