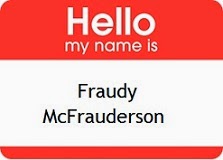 I have a confession to make, everyone: I have been talking the talk, but for a few months now, I have not been walking the walk.

I have always been completely forthright about the fact that I am not 100% Paleo or Primal. I don’t ascribe any particular label to the way I eat, except that, generally speaking, I’m on the lower-carb end of things. And more often than not, I buy, cook, and eat real food. I get most of my meat and eggs from local farms, although not always. During the summer, I get most of my produce from the farmers’ market, but this falls by the wayside during winter.

But I’m no saint. I have no problem going to the regular ol’ supermarket and getting regular ol’ food. Like I’ve said before, conventionally grown, pesticide-laden vegetables and grain-fed meat might not be ideal, but they’re a heckuva lot better than chocolate breakfast cereals and “organic” junk food.

I don’t stress about the details when I go to a restaurant with friends, and when life gets in the way and I don’t have a chance (or make a chance) to prepare a lunch to bring to work, I get something from the cafeteria and don’t stress too much about that, either. Is any of it organic, local, grass-fed, or pastured? No. (Not unless I choose specific restaurants, that is, but definitely not at work.) Does some of it have soybean or canola oil? Yeah, most likely. But a little bit of that here and there isn’t going to kill anybody.

I am a firm believer in the 80/20 rule, although I think most people probably fare better closer to 85/15. For me, personally, I seem to do best at more like 90/10: eating spot-on most of the time, and saving that 10% for things that are truly worth it. (Like a special trip to Junior’s for what is supposedly the world’s best cheesecake, rather than a couple of cookies grabbed on auto-pilot from the bag of Oreos on the secretary’s desk at work. Aside: I have been to Junior's, and I'm not entirely convinced...)

That being said, I haven’t been anywhere close to 90/10 for a while now. And even 80/20 would be a bit of an improvement. If I had to ballpark it, I’m probably more like 70/30, which isn’t saying much. Might as well be 50/50, which really isn’t saying anything at all. It’s not like I’m snarfing down pancakes drenched with Aunt Jemima and washing them down with a glass of ultra-pasteurized orange-strawberry-banana juice every morning, or having a side of breadsticks with my pasta dinner, followed by cookies and cake for dessert. Of course not. I haven’t completely lost my mind. But I am far enough from where I know I should be (or, rather, would like to be) that I wanted to admit it publicly.

Call me crazy, but it’s no fun feeling like a fraud. No nutritionist worth a damn should practice by the philosophy, “Do as I say, not as I do.” How can I expect clients to stick to the straight and narrow when I’m not doing it, myself? The example needs to start with me. There are plenty of healthcare professionals who are walking contradictions: doctors and nurses who go for regular smoke breaks out back behind the hospital; overweight, diabetic GPs counseling their patients to eat less and move more, while saying nothing about carbohydrate intake; rheumatologists riddled with joint pain, who will insist that diet has no effect. (“Give up wheat and cottonseed oil? That's crazy talk! Go get your hydrocortisone shot and I'll see ya in two weeks!”) And maybe these people don’t stop to think about the fraud they’re perpetuating. Maybe that’s how they can go from day to day with nothing weighing on their conscience.

I don’t want to tell you what my nutritional off-roading has included. It’s pretty bad. (It’s enough that I’m making this confession at all, isn’t it? If you absolutely must know what I have tossed down the hatch in the name of…I dunno…fear, self-doubt, anger, loneliness in the dark of night...then feel free to email me privately and I’ll come clean. If it helps someone out there to know they’re not alone, and that all hope is not lost because of some cookies and ice cream—and not gluten-free or raw milk-based, either, but the “bad” stuff, in all its awful glory—then my total honesty will be worth it.) Let’s just say the stuff that is supposed to be “occasional” has become more regular. The onesie-twosies that aren’t a big deal when they stay onesie-twosies have become more like threesie-foursies, and instead of avoiding junk on principle, I’ve been having some without even really thinking about it. It’s not that I crave it; it’s more like it’s just there. (Why is it there? Well, sometimes it’s there because I’m at work and there’s always something being brought in. But sometimes it’s there because it’s in my house, and I bought it. Shelled out my hard-earned money for garbage. That is probably the saddest part of all this. I’ve exchanged cash for things I know I shouldn’t even be eating. Self-sabotage, anyone? Oy.)

As I’ve mentioned in the past, one of the reasons I don't eat 100% “clean” is that I have no major “issues” I’m trying to resolve. No gut issues, no acne, no debilitating PMS, no autoimmunity, no chronic pain. Maybe it would be easier to stay on track if I did have a more serious reason. Not that I’m wishing for one! (Okay, in the name of full disclosure, I do have some emotional/psychological stuff I'm working on, but in my humble opinion, that has way more to do with things that are and are not happening in my life, versus how much CLA or magnesium I am or am not getting from my diet.) I’ve got a few extra pounds here and there, that’s all. And I don't think losing those is worth forgoing a wine & cheese party with dear friends to stay home and eat my grass-fed burger and organic spinach all alone.

That being said, I do have those extra pounds, and it would be nice if a couple of them decided to close up shop and move elsewhere. (Getting more than 6 hours of sleep a night would probably help enormously too, and I’m working on that...kind of.) And I know enough about the potential long-term health consequences from consuming too much sugar, refined grains, and veg/seed oils, that it’s time to nip this in the bud now. It’s time—right now—to re-break myself of sugar and too many carbs in general. A few years back, after I had been very low carb for a while, I did a little experiment and bit into a Twinkie. I am not kidding when I say I spat it out right away because my teeth hurt. Yes, they actually hurt. (Could I feel the minerals being leached right out of them? I doubt it. Probably it was just mind over matter, but the point is, it was so sweet and fake tasting, and the trans fats were so waxy and awful, that I couldn’t imagine chewing and swallowing.) It wouldn’t be a bad idea if I could get myself back to that point, where my body outright rejects things that have no place in the human diet.

I’m not sure how I’m going to approach this. Part of me wants to go full-bore ketogenic. I do a fair bit of exercise, but nothing super-intense. I do tons of walking and a little bit of lifting and bodyweight stuff, but nothing that pounds me into the ground, kicks me in my lady bits, and leaves me there to die. So I think I’d fare just fine on a super-low-carb regimen, at least for a couple of weeks.

But you know what? It’s summer. And there is just way too damn much fine summer produce at the aforementioned farmers’ markets for me to religiously stay under, say, 25 grams of carbs a day, especially when most of what would put me over that amount would come from red and yellow peppers, eggplant, zucchini, tomatoes, and maybe an exquisitely ripe peach now and then. (And the few carbs from my beloved heavy cream, walnuts, etc.)

So I’m not sure if I’ll go full-on keto or just simply stop bullshitting kidding myself and get back to real food, all the time, without worrying too much about total carbs as long as they come from foods I wouldn’t be embarrassed to be “caught” eating if any of you could plunk down out of Internetland and into my real life and spot me.

Maybe I’ll get back to my low-carb roots and do the Atkins diet. The real Atkins diet, and not the bastardized version you read about even on Paleo and Primal forums, where people should know better. (It is not, and never was, solely bunless bacon double cheeseburgers, or cubes of fatty meat dipped into Swiss cheese fondue for the rest of your life. Dr. Atkins himself was the original proponent of finding your individual level of carb tolerance. People continually mistake the two-week induction phase for the whole diet—people who, like I said, ought to know better. Yes, those first two weeks are crazy strict [under 20-30g carbs/day!], but that’s because in order to correct the average SAD-eater's metabolism from an unbalanced state [consuming upwards of 50-70% of calories from carbs], you cannot do this by consuming a “balanced” diet. You need to correct it—at least in the beginning—by being unbalanced in the opposite direction. And then, once you’re fairly well fat-adapted (running your metabolism mostly on fat) and have broken your addiction to sweet, then you slowly add carbs back in, in about 5-10g increments per week, until your weight loss stops or whatever health issues you’re trying to get rid of start to come back. That's how you find the carb level that suits you. Of course, people with a lot of weight to lose, or with intractable medical conditions that are especially sensitive to carbs, might have to remain at induction levels for a few more weeks, or even several months. [And some people choose to stay there permanently, and more power to ‘em, if they’re healthy and are enjoying themselves.])

Sorry for that little rant. I just get annoyed when people badmouth Atkins when their only exposure to it is stereotypes and outright misinformation.

If you’ve been further away from 90/10 or 80/20 than you’d like to be (I won’t say “need to be” or “should be,” because both of those are BS), and if you want to recommit to getting back there—or maybe you’ve never been there at all, but you’d like to be, and you’re ready to stop lurking on Robb Wolf, Chris Kresser, Mark Sisson, Sean Croxton, Diane Sanfilippo, Liz Wolfe, Laura Schoenfeld, Andreas Eenfeldt, Georgia Ede, and Jimmy Moore’s sites, and actually do this thing, then come with me. I could use a few friends along the road.

And if you’re not ready to come out of lurkerdom publicly, feel free to email me privately. Encouragement, support, and a virtual hand to hold, free of charge. 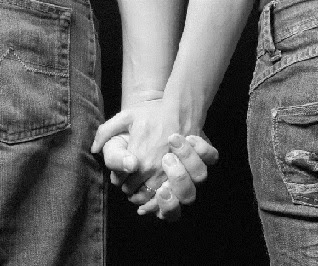 Remember: Amy Berger, M.S., NTP, is not a physician and Tuit Nutrition, LLC, is not a medical practice. The information contained on this site is not intended to diagnose, treat, cure, or prevent any medical condition.
Posted by Amy B. at 10:13 AM