“This idea that the saturated fats are going to be bad for you never had any real validity.”
-Dr. Glen Lawrence, Superhuman Radio Show, 5/22/2013

Y’know how I’m always saying wacky things that could get me excommunicated from mainstream NutritionLand, such as, saturated fats are good for you, cholesterol in our food doesn’t automatically lodge itself inside our arteries, and the newfangled, highly processed vegetable oils are far more damaging to our health than the good ol’, natural, chemically stable saturated fats? (You know…the ones found in such delicious things as butter, beef, cheese, coconut oil, and bacon?) Well, lookey lookey, Glen Lawrence, PhD, Professor of Chemistry and Biochemistry at Long Island University, agrees with me.

He published a paper last month titled Dietary Fats and Health: Dietary Recommendations in the Context of Scientific Evidence, in the journal Advances in Nutrition, and boy, am I glad he did! There was so much great stuff in the paper that I knew it would make a fantastic addition to my Fat Tuesday posts. (I know, you’ve all been on the edge of your seats waiting for me to resurrect this series, amiright?)

There’s a lot to digest here—no pun intended—so let’s get to it.

To start off, I’ve got to share a few lines from the paper itself. These are from the conclusion, way at the end, which is a shame because I think they’d make a killer intro:

“The lack of any clear evidence that saturated fats are promoting any of the conditions that can be attributed to PUFA [polyunsaturated fatty acids] makes one wonder how saturated fats got such a bad reputation in the health literature. The inﬂuence of dietary fats on serum cholesterol has been overstated, and a physiological mechanism for saturated fats causing heart disease is still missing.”

Indeed, it does make me wonder how saturated fatty acids (SFAs) got such a bad rap, considering the lack of evidence that they do anything negative beyond making foods so frikkin’ yummy that it’s darn near impossible to stop cramming them down our pieholes. (Especially when said pies have crusts made with lard, hehheh.) According to Dr. Lawrence:

“The role of dietary fats in cardiovascular disease (CVD) and many other diseases is complex, yet there is a powerful inertia that has allowed the saturated fat doctrine to endure.”

Excuse me? Inertia? I-NER-TIA? Inertia’s okay for perpetual motion machines, balls rolling down hills, and other fun stuff in the physics lab, but it is a terrible thing upon which to base public health recommendations. Inertia should not dictate our standards of care. Inertia is not a suitable excuse for burying our heads in the sand and stubbornly sticking to outdated medical and nutritional paradigms when evidence emerges that shows those paradigms to be incorrect.

Imagine for a second if we still saw ads like this in magazines:

What if, even long after we knew the total and complete havoc smoking wreaks on our bodies, doctors still recommended it for relaxation and whatever else its supposed benefits were? What if their defense was, “Well, we’ve been recommending cigarettes for so darn long, we can’t stop now. There’s just too much inertia.”

Dr. Lawrence was on one of my favorite radio shows right after his paper came out, and he had the guts to come right out and explain that it’s all about protecting professional images. After all, if you’ve based your career on one particular interpretation of something, and you’ve spent decades passing this same interpretation on to hundreds (possibly thousands) of patients and/or students, and then you find out you’ve been wrong all along, it can’t be easy to admit it. Maybe you’ll lose your grant money. Or your department chairmanship. Or every last shred of your credibility. So yeah, not an easy road to travel, but one that must be traveled when we’re dealing with…oh, I dunno…PEOPLE’S LIVES.

In light of the blinding blow to the nuts our healthcare costs are delivering to the U.S. economy, please tell me I’m not alone in thinking that if biochemical facts indicate that saturated fats do not cause heart disease, then it’s high time groups like the American Heart Association, the Academy of Nutrition and Dietetics (formerly the ADA…the organization that ordains Registered Dieticians), and the USDA change their formal recommendations regarding intake of these nutrients. (Yes, fats are nutrients, and don’t let anyone tell you different. More on that later.)

Lawrence was interviewed recently on Carl Lanore’s Superhuman Radio. (Please, please, don’t let the craziness of the website fool you. This show is BEYOND LEGIT. I’ve been listening for a couple of years now and Carl Lanore is outstanding. You can also get it via iTunes. Dr. Lawrence’s interview was the second half of this particular episode.) Here’s how part of it went down: 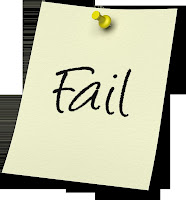 Carl: “Why aren’t more people picking up on this message and going, ‘Y’know, maybe we were wrong.’”

Dr. Lawrence: “There’s this kind of clique of people in the biomedical field who, y’know, they support one another. They’ve been spouting this doctrine of low saturated fat, low fat diets for so many years, and they don’t want to admit that they’re wrong.”

So there you have it, directly from someone immersed in the field. I hope they don’t kick him out of the club and steal his lunch money. But if they do, he’ll be in good company, considering a bunch of other researchers published a paper in the American Journal of Clinical Nutrition back in 2010 that stated things in even sterner terms than his does:

“There is no significant evidence for concluding that dietary saturated fat is associated with an increased risk of coronary heart disease or cardiovascular disease.”

“Despite the conventional wisdom that reduced dietary saturated fat intake is beneficial for cardiovascular health, the evidence for a positive, independent association is lacking.”

Dr. Lawrence: “No, they don’t. They’re completely stable, and so they’re the best things to be frying with.”

Saturated fats are the safest ones to cook with? Funny, I feel like I’ve seen that somewhere before. Now where was it? Hmmm…Oh, that’s right, right here on this blog!

Okay, before this post becomes even longer than my usual offerings, I’ll leave you with a preview of what’s to come as I share the awesome details of Dr. Lawrence’s paper in upcoming posts:


Okay kids, that’s enough for now. More to come on this. Dr. Lawrence had some real zingers in this paper and I can’t wait to share ‘em with you.