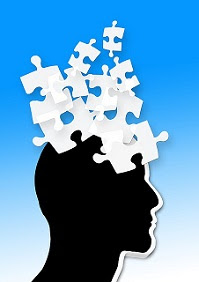 Since it’s going to be another couple of weeks before I’ll have time to write a new in-depth post, I wanted to share another video with you. I know some of you aren’t into videos and much prefer to read, so if that’s you, just hang tight; I’ll start writing “for real” again as soon as I can. For the rest of you, though, here’s the talk I gave about Alzheimer’s disease at Low Carb Houston just two weeks ago. I had 30 minutes to give a talk that I normally give in 45-60 minutes, so I had to cut a few things out. (Also had to speak quickly!) If you want the full version, I covered a little bit more during a talk at KetoCon back in June.

If you’re interested in Alzheimer’s disease as “type 3 diabetes” or “diabetes of the brain,” I think you’ll find these talks very educational. Even though the Low Carb Houston talk was a little shorter than the one at KetoCon, it was a bit more in-depth on the science specifically surrounding beta-amyloid. I added in some aspects that I don’t normally include, because continuing medical education credits (CMEs) were being offered for the event, so I felt like I should step things up a bit and include some of the technical details I usually leave out for an audience that’s mostly laypeople. (Turns out Houston had a big mix of everyone, so it was fine either way.) If you’re especially interested in amyloid and why I don’t think it’s a cause of Alzheimer’s and, in fact, is more likely a protective thing, you’ll want to watch the Houston talk.

The KetoCon talk includes some details on cholesterol that I skipped over in Houston due to time constraints, and also because Dr. David Diamond, Dr. Nadir Ali, Dr. Maryanne Demasi, and Dave Feldman had all spoken before I did, and they covered cholesterol and statin drugs better than I ever could have. (Good thing, because it helped that I was able to skip the cholesterol details…freed up time for looking more closely at amyloid.)

You can find more of my presentations and articles on Alzheimer’s here. I haven’t had a chance to update it in a while, but I’ll do that soon. (Need to include the Houston talk for sure!)

And don’t forget about my shiny new YouTube channel. I know many of you (me included!) prefer reading to watching videos, but for those who might enjoy watching me remind people to keep low carb and keto simple and sane, please consider checking out the channel. Topics already addressed include an intro to why I started the channel, my personal history & background with low carb, how keto works, and measuring ketones. Upcoming topics include the Keto Police™, food quality, protein (and gluconeogenesis), weight loss stalls, and thyroid function. (I see probably 2 clients a month who have unrecognized/undiagnosed hypothyroidism, and it is a major roadblock to fat loss.) If you have a specific topic you’d like me to address, feel free to suggest it in the comments.

Disclaimer: Amy Berger, MS, CNS, NTP, is not a physician and Tuit Nutrition, LLC, is not a medical practice. The information contained on this site is not intended to diagnose, treat, cure, or prevent any medical condition and is not to be used as a substitute for the care and guidance of a physician. Links in this post and all others may direct you to amazon.com, where I will receive a small amount of the purchase price of any items you buy through my affiliate links.
Posted by Tuit Nutrition at 8:20 AM