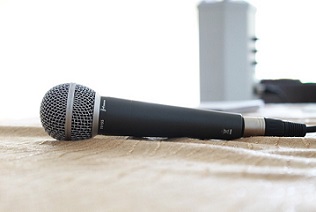 Can’t get enough of me?

If it’s been a while since I’ve published a new post, and you need an “Amy fix,” here’s a comprehensive list of all the podcast interviews I’ve done. Most of them focus on Alzheimer’s disease and my book, The Alzheimer’sAntidote. Others are about low-carb and ketogenic diets in general.

I have my own YouTube channel! My motto there is “Keto without the crazy.”
Click here for a list of all the videos. I cover all things keto, thyroid, insulin, salt, food police, fasting, macros, and more!

Webinar
In January 2018, I recorded a webinar for the Irish Institute of Nutrition & Health.  It was a bit long -- about two hours, total, but it is the most detailed and informative presentation I’ve ever given.  You can download and save the file here (it’s a very large file), or simply watch it here.  There’s a Q&A for the last approximately 40 minutes. I recommend listening through to the end, because there's some good extra information during that time.

Intro to the Personal Fat Threshold Concept: It’s not about the weight! A look at why type 2 diabetes, hypertension, gout, metabolic syndrome, cardiovascular disease, PCOS, and other conditions occur in people of all body weights, not just in people who are overweight or obese. Also explains why people who are carrying extra weight sometimes have lower risk for cardiometabolic disease (“the obesity paradox”), as well as why people experience quick and dramatic improvements in type 2 diabetes after bariatric surgery or adopting a low carb/ketogenic diet – long before they’ve lost a substantial amount of weight.

I have presented at several low carb and ketogenic conferences on Alzheimer’s as a metabolic condition – “type 3 diabetes – and the potential therapeutic use of ketogenic diets. Below are links to the videos of selected talks:

In November 2017, I recorded a short video about Alzheimer’s for the Adapt Your Life company. It was only about 21 minutes, so it just scratched the surface of Alzheimer’s as a metabolic illness -- “type 3 diabetes” -- but it’s a good basic intro for someone who wants a short overview.  Watch it here.

Interview with Mike Mutzel, from High Intensity Health, on Alzheimer’s disease and brain insulin resistance.  Lots of good stuff on the metabolic aspects of Alzheimer’s.  Watch it here.

Interview with Tristan Haggard, from Primal Edge Health.  We did some major keto myth-busting!  Lots of good stuff here. (Related blog post – “The Keto Train to CrazyTown.”) *Please note, this was one of the first videos I ever did, and I didn’t realize how dark my setting was.  So the aesthetics weren’t great, but stay for the content!

Interview with keto-oriented endurance cycling coach Stephanie Holbrook.  A brief discussion of Alzheimer's, and then we switched gears to talking about low carb and ketogenic diets in general, plus a lot of other issues I don't normally get asked about on podcasts, such as all the other stuff besides food that affects physical and mental health -- another fun one.  Watch it here.

I am linking directly to the show websites. However, most of these shows can be found on iTunes and other listening/download platforms.

Please note that some shows have long introductions with information and announcements from the host(s), sponsor ads, and witty banter or chit-chat. If you prefer to skip that, you might have to fast-forward a little bit in order to get to the start of the interviews.

I’ve tried to put the interviews I recall being especially informative and educational regarding Alzheimer’s near the top, but there are useful takeaways from all shows:

Burn It Nutrition – episode 41: Alzheimers & Keto w/Amy Berger (my interview starts at about 12:30)

Boundless Health – episode 17: Is a Low-Carb Diet the Key to Treating Alzheimer’s? with Amy Berger

High Intensity Health- episode 181: Insulin Resistance in the Brain, Alzheimer’s and Memory Loss (This one is a video!)

40+ Fitness: An antidote for Alzheimer’s with Amy Berger

Keto Woman Podcast – episode 34: More mythbusting about fat loss on keto, and lots of info on thyroid function and the concept of a “personal fat threshold” in the development of type 2 diabetes.

Fast Keto Podcast with Vanessa Spina ("Ketogenic Girl"): Lowering dietary fat for fat loss. (No, keto is not unlimited fat if you're having a hard time losing body fat!)

Wise Traditions Podcast - episode 70: The antidote to Alzheimer’s. (This is a podcast from the Weston A. Price Foundation, and my episode is their #1 most downloaded!)

Paleo Valley Podcast - episode 93: How to prevent and reverse America’s most feared disease, with Amy Berger

Straight Up Paleo Podcast - episode 16: Differences Between Low Carb and Ketogenic Diets, and Why We Shouldn’t Fear Protein. (Note: this interview was not about Alzheimer’s. We covered a lot of fun and controversial issues about low carb & ketogenic diets, but we steered clear of Alzheimer’s here. This one was fun.)

The Paleo Solution Podcast - episode 287: “Nutrition and Alzheimer’s.” (Note: there was some static on my microphone during this show, so it might be difficult to bear with it and listen, but you can still hear me clearly.)

The Empowering Neurologist with David Perlmutter: Amy Berger (This one’s a video!)

Too Busy to Eat - episode 26: Amy Berger, Author of The Alzheimer’s Antidote, on Nutrition and Brain Health

The Livin’ la Vida Low Carb Show - episode 967: Amy Berger Examines the Ketogenic Antidote to Alzheimer’s Disease. (Note: this interview was recorded when The Alzheimer’s Antidote was an early version available only as a pdf and not a published print book. Disregard references to “downloading” the book.)

The Livin’ la Vida Low Carb Show - episode 1274: The Ketogenic Antidote to Alzheimer’s Disease. (This was a follow-up interview and update after my book was re-released in print and for Kindle.)

Real World Paleo Podcast - episode 11: “How You Can Delay Alzheimer’s and Dementia”

Disclaimer: Amy Berger, MS, CNS, is not a physician and Tuit Nutrition, LLC, is not a medical practice. The information contained on this site is not intended to diagnose, treat, cure, or prevent any medical condition and is not to be used as a substitute for the care and guidance of a physician. Links in this post and all others may direct you to amazon.com, where I will receive a small amount of the purchase price of any items you buy through my affiliate links.