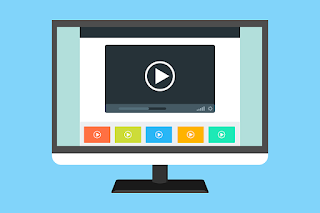 Yes, dear readers, if you enjoy my writing, you can now go a step further and see and hear me. You can get “the real thing,” instead of trying to picture my voice or demeanor in your head. Some of you will be happy about this development; others might be thinking, “Why would I ever watch videos of her?” If you prefer reading blog posts, stay here on the blog. If you like videos too, please subscribe to the channel and keep reading the blog. Definitely don’t abandon the blog! (More on this later.)

Why did I start a channel?

People are hungry for a voice of reason, sanity, and simplicity.

I see people making keto so complicated. I see people convincing folks who are new to this that they need powdered MCT oil for their coffee, or that they have to use exogenous ketones to transition to keto. I see people pricking their fingers and peeing on test strips without the slightest clue of how to interpret what they see. (Okay, I don’t actually witness people peeing on strips, like, in person, but you know what I mean.) I see people plugging in their anthropometric data and getting “macros” spit out to them by calculators that have no idea how much body fat they carry (as opposed to total weight), or whether they have a thyroid problem. I see people following arbitrary macro percentages and loading up their food with extra butter and oil because some app told them to, not because they’re hungry for more fat.

I see people who are confused and overwhelmed, and they’re not getting the results they want. They’re either so confused that they never even start a low carb way of eating, or they do what they think is the kind of low carb or keto diet they need, but they’ve been given so much inaccurate and potentially harmful information that whatever they were looking to accomplish, they’re actually going backward.

I see people misguidedly emphasizing “keto” instead of low carb. I see people bashing the Atkins diet, as if that isn’t a perfectly effective option for most of us. (And as if “keto” isn’t really just the 46-year-old Atkins induction phase wrapped up in a shiny new bow.)

For a long time, I’ve been trying to figure out who I am in the low carb scene. What do I have to contribute? Do I offer anything unique? Anything valuable? Am I saying anything a zillion other people aren’t already saying, and saying it better than I am?

Well, I think I’ve finally found my niche. After having been at this for a few years now (I published my first blog post way back in 2012), it’s happened organically – my “voice” has emerged over time, as the writing has grown. I want to help people see how simple this is—when we let it be. I’m the one who says, no, you don’t have to eat exclusively grassfed meats and organic vegetables. No, you probably don’t need to measure your ketones (but some people do benefit from it). No, you’re not going to die immediately if you use regular store-bought salad dressing, made with soybean oil. And no, you don’t have to have a PhD in calculus to figure out what and how much to eat.

In a world—including the keto community—that is increasingly polarized with warring factions shouting at each other from their entrenched camps, I’m okay with NOT being a zealot. I understand that there’s more than one way to get healthy, more than one way to lose weight, more than one way to lower blood sugar, and more than one way to be a decent human being who enjoys his or her food. I think I’ve gotten a reputation for being low-carb and keto-oriented, but also open minded and accepting of other ways of doing things that work for people. Maybe it’s only my perception, but I think I’m getting this reputation, and I like it. I think it’s needed. I look forward to new people finding me and my message of sanity and simplicity. I sincerely hope it helps them navigate low carb/keto as calmly and effortlessly as it should be navigated.

Now, about the videos:

As you know quite well if you’ve been around the blog awhile, brevity is not my strong suit. My posts tend to be really long. I plan to keep the videos short: aiming for about 10 minutes, give or take a few minutes. Some might be a little shorter; others will likely be longer (the first two already are, but they are intros to me and the channel, and are not typical of what I plan to be talking about in future videos), but I plan to make them all short enough that anyone who clicks on the links won’t be put off by the length.

I have friends and colleagues who have their own channels and put out lots of video content regarding LCHF/keto. And while I respect them and agree with most of what they say, I’ve found myself taking issue with a few things here and there. And I realized that if I’m not satisfied with how other people are explaining keto, then I need to get in the driver’s seat and do it myself.

Please join me and subscribe to the channel, if you are so inclined.

As I’ll explain in my second video (in which I share my own history and how I got into low carb and eventually transitioned to being a nutrition professional), I am nearly helpless with technology. I’m an embarrassment to my alma mater, Carnegie Mellon University. It’s one of the top computer engineering schools in the world, but I’m lucky if I can even figure out how to plug in my laptop. It’s a bit of a miracle that I have a blog, a Twitter account, and now, a YouTube channel. See, I majored in creative writing, not computer engineering, or anything else having to do with 1s and 0s. So that’s why the writing here is kinda-sorta okay, but the site itself is a disaster. (Working on getting help with this soon! Planning a major overhaul of the site over the next several months. Yay!)

So bear with me as I learn how to improve the quality of my videos. I’d like to learn how to embed links and add images and text to the background. I know there are programs and apps that make it easy to do this. On the other hand, I’ve gotten feedback from people that simple is best. No need for anything fancy & flashy. If I’m saying something valuable, something people need to hear, then that’s enough. (Still, when I refer to blog posts I’ve written or to relevant scientific papers, I’d like for people to be able to click right on the link. That seems like the least I can do.)

And in case you’re wondering, yes, yes, YES, I will most definitely still be writing blog posts. Writing is, always has been, and likely always will be my first love. I’m adding YouTube to the mix only because it seems like you kind of “have to” be there to make a dent in things these days. Many people who are put off by the length of my posts would be happy to watch a 15-minute video (never mind that it would take them less than that to read even some of my longest posts). And some old-school folks (like me!) prefer reading and would sooner read a long post than watch a short video. So now I can reach more people, both the readers and the viewers, and everyone’s going to get pretty much the same message: keto doesn’t have to be complicated, confusing, or expensive. You can enjoy absolutely delicious food while improving your health and/or losing weight, and your way of eating doesn’t have to become an adventure in theoretical physics. You don’t need an advanced degree to lose weight, lower your blood sugar, get rid of your acid reflux, improve your PCOS, and say goodbye to joint pain, migraines, and gout. You just need to ditch the carbs.

See you on the screen!

P.S. Do you have any preference as to the frequency of new videos? I’m thinking twice a week, maybe every 4 days or so. I haven’t dived into YouTube analytics yet to see if there’s a “best” day to post, when more people are likely to watch. I’ll probably do what I do on the blog, which is follow my heart: write what I want to write, in the way I want to write it, and post it when I want to post it. It’s worked so far. I’m happy with the loyal readership I have here, and I’ve built it honestly and genuinely: no gimmicks, no false promises, no emphasis on whatever’s trendy just for more likes & shares. I plan to do the same with YT. Here’s hoping the people who need it find it.

P.P.S. Sorry for the decrease in blog posting frequency over the past several months. I have 2 or 3 long posts in the works, all in various stages of completion. I’ve had a bunch of speaking engagements the past few months and have 3 more coming up before the end of November. Once those are done, I’ll be able to focus on finishing these posts and hopefully resume putting out sarcastic and snarky educational content here. (And I'll publish shorter posts before then if I can.)

Disclaimer: Amy Berger, MS, CNS, NTP, is not a physician and Tuit Nutrition, LLC, is not a medical practice. The information contained on this site is not intended to diagnose, treat, cure, or prevent any medical condition and is not to be used as a substitute for the care and guidance of a physician. Links in this post and all others may direct you to amazon.com, where I will receive a small amount of the purchase price of any items you buy through my affiliate links.
Posted by Tuit Nutrition at 11:11 AM