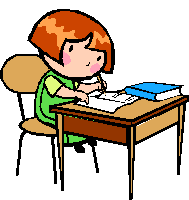 As I mentioned a few weeks ago, on April 18th I had a table at the American Academy of Neurology’s Brain Health Fair, which was part of their annual convention. The event was free and open to the public, and as far as I could tell, it was mostly the public that came through the exhibit hall, since I didn’t get any doctors sidling up to my little corner of this shindig. (None that I know of, anyway.) My presence at this thing coincided with the launch of my e-book on Alzheimer’s disease. I am pleased to report that I had people coming up to me all day. People were very interested in hearing about the influence of food and nutrition on brain health. I don’t expect a lot of book sales to come from it, but I think I’ll be hearing from a few new clients. (And I made an Indian woman very happy when I told her it was okay to eat ghee again!)

There were some encouraging moments, and I think I dropped more than a few “knowledge bombs,” as Sean Croxton likes to say. But there were many discouraging moments, too. In fact, my main feeling on the event can be summed up in two words:

I was completely overwhelmed by the nutritional ignorance and saturated fat & cholesterol brainwashing among the public. I had no idea how bad it is. Most of my time reading books, research papers, websites, and scouring social media is spent scavenging for information relevant to my interests: ancestral health, the benefits of carbohydrate reduction, human biochemistry & physiology, etc. I rarely give credence to fearmongering headlines on television news or in tabloid papers lining supermarket checkout lanes.

Because of my self-imposed media blinders, I’ve insulated myself from what the average non-nutrition professional reads and hears. So I was not at all prepared for the onslaught of misinformation that bombarded me as I manned my table from 9a.m. through 4:30p.m. And boy, was that a whopping dose of all that I had avoided during the past several years.

I was almost speechless. In fact, by the end of the day, I was speechless, because my throat hurt so much from telling everyone who asked that it’s okay to eat egg yolks. I created a handout that listed my “top 5 foods for the brain” (plus 4 lifestyle tips for a healthy brain -- feel free to share these handouts with people!) and set up a little display showing some of them off. One of the items in said display was a soft-boiled egg, cut in half so people could see the gorgeous, bright yellow-orange yolk. (Full of brain-boosting cholesterol, choline, B12, zinc, selenium, and more.)

I cannot tell you how many people were stunned that they should not toss the yolks in the garbage. (Can you imagine all the nutrients that have literally gone in the trash during the last fifty years?!)

And then, there was the coconut oil. Coconut oil was also in the display of brain foods. People were even more shocked that I was recommending coconut oil than they were about the egg yolks. Several people asked about the cholesterol in coconut oil. Of course, I set them straight by informing them that, as a plant product, coconut oil contains zero cholesterol. Undeterred by that little tidbit, they argued that surely the saturated fat can’t be good for us. And since I couldn’t impart two years of biochemistry classes on them in the two or three minutes we had to chat, all I said was that, yes, coconut oil is high in saturated fat, but the type of saturated fat it contains (medium-chain triglycerides, for any newbies who might be reading this) is especially beneficial for the brain.

I can’t blame these people. Without a steeping in human physiology & biochemistry, how are they supposed to make sense of the conflicting headlines they hear regarding diet and health? (Remember the oat bran debacle craze back in the 1980s?) When one week, Dr. Oz is touting the benefits of whole grains, and the next, he’s interviewing Dr. William Davis, who has almost single-handedly made wheat public enemy number 1, how is the average, nutritionally ignorant person supposed to know what’s accurate? (Assuming any of it even is accurate. More on my professional existential crisis in an upcoming post.) When we’ve heard for fifty years that cholesterol is a heart attack on a plate, and then the government suddenly rescinds its recommendations to limit egg consumption, it’s no wonder people have food whiplash. (Foodlash?)

What is one little nutritionist supposed to say to people in the face of this onslaught? Knowing that what I was telling people was so strongly contradictory to what they’re used to hearing, the thought that continually crossed my mind (and I even said it to someone) was: This is my livelihood. I earn my living this way. Why would I jeopardize that by providing information that is harmful or incorrect? (Shoot, even on that stupid little handout, all the claims I made about egg yolks, coconut oil, shellfish, and the other brain foods were referenced at the bottom. I had to include references. In case any neurologists happened to stop by, I didn’t want to get caught in a game of “show me a study…”)

Most of my clients [so far, anyway] find me through my blog, Primal Docs, or by searching for a low-carb or keto-friendly nutritionist. So they come to me already familiar with these principles. I’ve never had to convince a client that eating red meat or butter won’t give them a heart attack. And due to my aforementioned focused media consumption, I’ve been fooled—so, so fooled—into thinking this stuff is common knowledge. I’ve unknowingly been living in a low-carb, Paleo, Primal, and WAPF bubble, and that bubble was burst in a big way at this brain fair. (Even at my day job, where most people know almost nothing about nutrition, when somebody buys a box of donuts, the donuts typically languish, untouched, throughout the day. I suspect, however, that this is less because no one wants the donuts than they don’t want to be seen eating one.)

The next most common comment was about whole grains. Hearthealthywholegrains™. So yeah, as much as the people I spoke with were stunned to hear what I was saying, I was equally stunned to hear what they believed about “healthy diets.” I am starting to understand why many practitioners have moved away from one-on-one consultations in favor of spending the bulk of their time writing books, developing online courses, shooting videos, and generally just creating income streams that don’t require them to have the same frustrating conversation with everyone who sits down with them. That, dear readers, is as hard on the mind and heart as it is on the vocal cords.

As if it wasn’t difficult enough hearing how backward “common knowledge” about nutrition is, I could've screamed during one of the talks I overheard while manning my table. An MD was covering Alzheimer’s disease (AD), and, right on cue, she said AD has no known cause, and no effective treatment. In terms of prevention, it was all about—you knew this was coming—socialization, word puzzles, and hobbies to keep the mind sharp. When she finally got around to mentioning diet, as if it were some semi-meaningless afterthought, rather than one of the most powerful potential influencers of disease pathology, I’ll give you one guess as to the first two words out of her medically educated mouth: whole grains. (You knew that was coming, too, right?) And the next two? Fruits and vegetables. (Why, oh, why does no one [except me] ever put vegetables first?!) Why no talk of cholesterol? Why no talk of the PROVEN brain-boosting property of the SATURATED FATS known as medium-chain triglycerides? (Oh, right. It’s because they’re saturated fats, and even though they might help feed your starving brain cells, you’ll die of a heart attack instead. Silly me.) 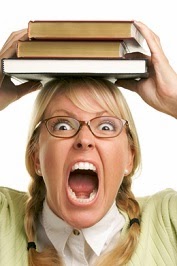 No, we have no clue what might be causing this, even though you can’t get on PubMed without finding piles upon piles of studies pointing to an inability of neurons to use glucose. (And even if we’re not 100% sure what the cause of that is, it most definitely suggests a certain solution.)

Now you can see why I felt like I had to write The Alzheimer’s Antidote. It’s because the freaking neurologists have no clue. And since the “experts” can’t help us, we have to help ourselves. (Kind of like when my dad’s endocrinologist insisted that stress has no effect on blood sugar. I guess in all her medical training, she never came across the term cortisol.)

I wrote my book because, while the disease etiology and pathology I describe in it might not be the only way AD starts and progresses, it’s certainly the one that seems to fit all the pieces and answer all the questions so handily.

I only worry that no one will take me seriously because I’m not an MD, and the crucial, lifesaving information in my book will wither away on the ash pile of history.

P.S. Kickstarter campaign to put me through medical school?  ;-)

Remember: Amy Berger, M.S., NTP, is not a physician and Tuit Nutrition, LLC, is not a medical practice. The information contained on this site is not intended to diagnose, treat, cure, or prevent any medical condition.
Posted by Tuit Nutrition at 7:35 AM