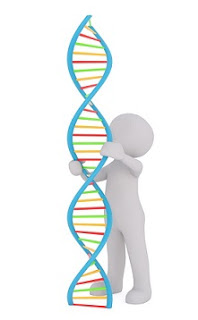 
If you’ve been around the low carb and keto communities for a while, you might’ve run across the term “ApoE4.” ApoE4 is a gene that increases risk for cardiovascular disease and even more so for Alzheimer’s disease. In fact, if you’re homozygous for ApoE4 (meaning that you have 2 copies of the gene), you have between a 50-90% chance of developing Alzheimer’s. YIKES! That is not something to take lightly, so what’s the deal here? What is ApoE4 and why does it make people so much more susceptible to this frightening form of cognitive decline & impairment? And what are the implications for people following low-carb, high-fat diets? ApoE4 carriers are often cautioned to go lower in dietary saturated fat, but why? Is this truly warranted? Do you have to give up your beloved butter & cheese if you're E4?

If you’ve heard of the ApoE4 gene and you’re curious about what it is and what it means, or if you know you carry one or two copies of ApoE4, you’ll want to check out my latest video. I cover the basics on what the gene is (it codes for the epsilon-4 [ε4] variant of the apoE protein, short for apolipoprotein E), why this matters, and what to do about it to potentially reduce your risk for Alzheimer’s and the other issues E4s are at greater risk for.

Most of what I know about ApoE4 is in relation to Alzheimer’s, owing to research I did for my book, The Alzheimer’s Antidote, which is about using a ketogenic or LCHF diet as a nutritional intervention for Alzheimer’s and other forms of cognitive impairment. (Didja know they regularly call Alzheimer's "type 3 diabetes" or "brain insulin resistance?" Now you know why it might be wise to adopt such a dietary approach to support healthy cognitive function.) But I would say that even if you don’t have any ApoE4 genes (the other forms are ApoE2 and ApoE3), or you’re not concerned about Alzheimer’s disease, I encourage you to watch the video anyway, because you might learn something that helps someone you know, and there’s a lot of information in the video that applies to everyone, regardless of your genetics.

For those of you who prefer to read rather than watch videos, stay tuned. I’ll have a blog post on this in a few weeks. It won’t be a transcript of the video, but it’ll include all the same pertinent information and links to relevant research. But in the meantime, if you can’t wait to learn more and you’d really like to get some clarity on the whole ApoE4 “thing,” hop on over to my YouTube channel and watch the video.

For other videos and podcasts I’ve done on Alzheimer’s, covering issues far beyond ApoE4, you might enjoy these:

Disclaimer: Amy Berger, MS, CNS, NTP, is not a physician and Tuit Nutrition, LLC, is not a medical practice. The information contained on this site is not intended to diagnose, treat, cure, or prevent any medical condition and is not to be used as a substitute for the care and guidance of a physician. Links in this post and all others may direct you to amazon.com, where I will receive a small amount of the purchase price of any items you buy through my affiliate links.
Posted by Tuit Nutrition at 1:14 PM