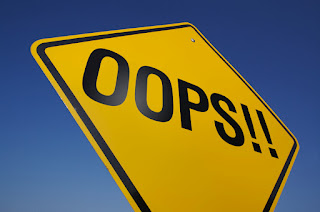 Wasn't it hilarious in my last post when I went out of my way to mention my writing aspirations and then proceeded to publish a post with so many typos? I guess that was the inevitable result of waiting until late at night to jot off a post, and being so happy at doing some impromptu writing that I may have jumped the gun a little. In my defense, I’d already put in a full day with the Twilight Zone my day job at the cube farm, and instead of crashing on the couch when I got home, there was all the kombucha wizardry, plus the homemade pesto experiment (result: disappointment) and the homemade turkey meatballs (result: success!).

In answer to the question you might rightfully be asking, yes, I did proofread it before hitting “publish.” Apparently my pesto making skills aren’t the only things that need a little honing. (I have attempted homemade pesto three times now, and while they’ve all been edible, they weren’t what I’d call “company worthy.” And certainly not better than what I can buy in a jar. I’m not giving up, though. There’s far too much insanely beautiful and fresh basil at the farmers’ markets this time of year. Maybe it’s the lack of pine nuts? I can justify buying expensive olive oil, but pine nuts are…well, those little morsels are pricey! [Also, weigh in: is it farmer’s markets, or farmers’ markets? I lean toward the latter, since there are usually multiple farmers present.])

Anyway, the errors have been corrected. At least, the glaring ones. There are probably a couple I’ve missed even now, but I went back and fixed the ugliest ones. So for the three of you who subscribe by email (since the emails seem to go out immediately, without any time for me to snatch them back from the interwebs), you can rest assured that my counting skills are up to par, and my yield was, in fact, seven bottles of kombucha, rather than six.

And as long as I’m here, I might as well put a little more goodness out into the universe and share some incredible links with you.

If you don’t know about Krista Scott Dixon, what are you waiting for? Go to her site. Now. Get educated. Get inspired. And get motivated!
Her writing is phenomenal, but her attitude is off the charts. (In a good way.) I recommend just about anything she’s written, but start with the first two links below.

http://www.stumptuous.com/fuck-calories -- Yes, that’s the F-word. Yes, she uses it, and yes, it’s absolutely appropriate in this context. Download her free—FREE—e-book, and prepare to UNlearn everything you think you know about dieting. (Or rather, NOT dieting, but just eating like the beautiful human creature you are.)

http://www.stumptuous.com/how-to-dump-sugar -- Probably the single best how-to guide I’ve ever seen on quitting sugar. I love me some Krista Scott Dixon, but I hate her for beating me to this. This is the kind of thing I wish I’d written.
And more awesome stuff below, for all that free time you must have, what with working, raising families, having social lives and stuff like that. (What? You mean you don’t have endless amounts of time to fart around on the internet? Must just be me, then. [Just kidding, as evidenced by the silence that often descends upon this blog.])

http://www.stumptuous.com/rant-67-january-2013-apocalypse-now -- this is pretty great, but I especially love the cartoon at the end.

http://www.stumptuous.com/rant-64-april-2012-the-house-that-stump-built -- Need a kick in the butt? A slap upside the flagging (or completely absent) motivation? Look no further.

P.S. There might very well be lots of errors in this post, too. But I promise not to flood your inbox with more self-flagellation.

Posted by Tuit Nutrition at 1:26 PM